Tips To Building A Career In Music 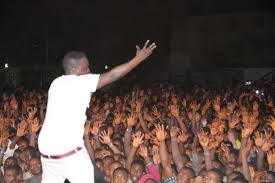 Being a music artiste is a career just like every other career out there. It’s the same as being banker, lawyer, an engineer, civil servant, etc.  It requires a lot of hard work, time, calculation, sacrifices and expenses.
Here are a couple of tips for those who intend building a career as artistes in the music industry.

*Some artistes coming into the industry think getting signed to a record label is the ultimate to becoming popular and making money. This is a very wrong way of thinking because some record labels will in fact derail you and make a mess out of your career. Take Olamide and Skales for example, Olamide became a success as an independent artiste while Skales was stuck when he was with his former label.
Every artiste should have a solid manager, strive to build a strong fan base, have a good working relationship with OAPs and Djs. Make good music, earn money and be able to bring their own terms to negotiations when any record labels comes calling.

About to Record Your First Song? Here are the Things You Need to Know 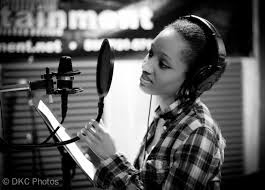 Recording a song is not child’s play except you just want to record something exclusive for the listening pleasure of selected friends and family.

When going into the studio to record, an artiste has to be mentally, physically, psychological and emotionally stable (except in instances where they want to do a heartbreak song related to their recent experience).

*Bring your lyrics to the studio. Write something down, arrange your song and have a kind of beat in your head. Except you have plenty money for studio sessions or you are doing a freestyle song.

The Mob's Take...Musings Of A Failed Manager

The above, time-honoured, statement by the celebrated American writer Mark Twain, continues to ring true a century after he first expressed it. In fact, it is a Truth that pre-dates the man himself. However, the immutable wisdom in that quote seems to be lost on the current generation of artiste managers in Nigeria. In recent times, the artiste management fold has shown unmistakable signs of  acute incompetence, indolence, and a dearth in creative ideas, which has stunted, and in some cases aborted, the progress of many talented artistes. This sorry state of affairs has further perpetuated the stereotype that certain kinds of Talent or Music cannot ‘blow’ in Nigeria. These days when someone declares that they are a rapper or a soul singer, inadvertently, people start to feel some kind of condescending pity for them that is conveyed via that cold, How-could-you-do-this-to-yourself-look that seems to trail them everywhere. And soon enough, the artiste gets tired of this pariah status, and decides to “diversify,” to switch sides, to dumb the music down.

It’s the job of the manager to say, “hey, I fell in love with you because of this art form and I am convinced that Greatness resides in you and I can’t wait for the world to hear your thoughts and words because they will eventually love it. Now you are going to go back into that studio and make me the most fantastic rap music your heart can muster or go and sing me some great soul music, the type that is alien to the world and leave it to me to deliver your message!” This is what it should be! The Manager should be the artiste’s most loyal believer and an unshakable pillar of support in times of self-doubt.

Party songs everywhere… I guess We all love to dance and have a good time, all the time, right? Although, in a country like ours, where there isn’t much infrastructure put in place by the government to cater to the well being of the people, it is only expected that we try to make ourselves happy. After all, aren’t we Nigerians? (happiest people on the planet). However, nobody parties all day, every day; unlike most of our artistes will have us believe. And the only use for money isn’t popping bottles in the club na! Respite please.

I don’t even have a problem with weed, women, and wine. Those are actually very deep topics to talk about. Fun topics too. What I’m not down with is the lack of thought and finesse in the manner our artistes “rape” those topics. The lack of a fresh perspective and effort. I think the truth is, the average Nigerian artiste apparently doesn’t think Nigerians are smart enough and as such doesn’t spare a lot of thought for his/her music; they just get an over-the-counter beat and cram the requisite 3 or 4 minutes with over-flogged clichés and half-mumbled slangs they picked up from dreamland and bam! We have a hit!

M.I: RETURN OF THE KING 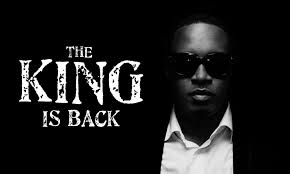 “Call me king James/ The Lebron of verses/ Me versus you is worthless/I am he whom all rappers worship.... “

I remember back then when we were always nodding our heads to American hip hop never believing we would see something worth listening to out of Nigeria in terms of rap, not that Nigeria has not had its own share of rap/hip hop acts. Between the 80’s and 90’s, we’ve had acts such as Sound on Sound, Emphasis, Junior & Pretty, Weird MC, Baba Dee, Zakki, Cashman Davies, Seyi Shodimu and a host of others.

The late 90’s saw the emergence of Trybesmen, Ruff, Rugged & Raw, Maintain, Blackface (Plantashun Boiz), Eedris Abdulkareem (Remedies), Big Lo, Terry Da Rapman, Mode Nine, Lord of Ajasa and so on. These guys were the people who laid the foundation of what we know as hip hop in Nigeria today. The turning point for Nigerian hip hop was brought about in 2002 when Ruggedman came out with a diss track “Ehen Pt1” where he called out a couple of rappers and termed them “wack”. The song was widely accepted by the public because prior to then, songs by these acts were lacking greatly in aspect of “lyrical content”. This singular action birthed the much needed reform in the industry with young cats such as M.I, Naeto C, Da Grin, Ikechukwu, Jesse Jagz, Godwon, Yung6ix, Vector thaviper, Eva Alordiah, Sasha, Sinzu, Ill Bliss etc churning out dope songs.

Am here again peeps and this is going to be a very short one. I saw a couple of compilations of some “TOP 5 RAPPERS” on a blog I visited and decided to write up my own list.
Remember it’s ‘my own list’ and it doesn’t have to be what you have in mind because we don’t listen to the same type of music or share the same likeness in sound. That said, enjoy....

Over the years music in Nigeria has taken an upward turn with artists churning out successful and lyricaly sensible songs ranging from R&B, Pop, Rap, Afro hip hop, Dance hall and other genres while at the same time taking a downward turn with most artists following a particular trend with dead songs just because one or two people got successful with it.

Back in the days, we were blessed with the likes of Ras Kimono, Oritz Wiliki, Majek Fashek, Chris Okotie, Ebenezer Obe, Victor Uwaifo, King Sunny Ade, the legendary Fela Anikulakpo Kuti etc who gave us hits that are evergreen even till this day.
Next was the era of Plantashun Boiz, Ruff Rugged n Raw, Remedies, Maintain, Nigga Raw, Jungulist and a lot of street inspired musicians. This era gave birth to or in other words, influenced the era of musicians we have now. The influence was two faced(negative and positive) and that is the reason why we have very good songs, manageable songs and very wack songs.